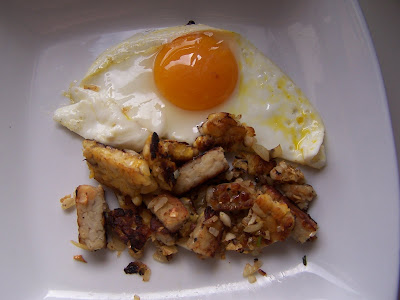 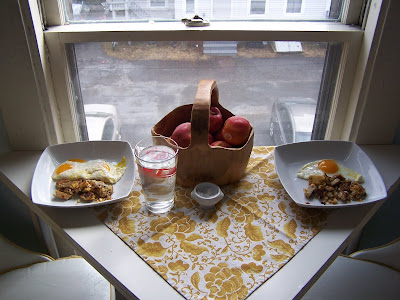 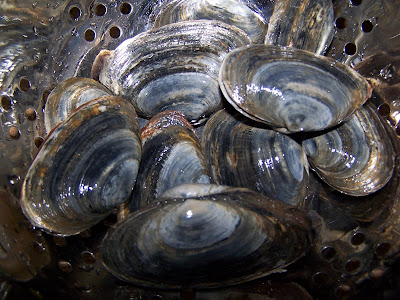 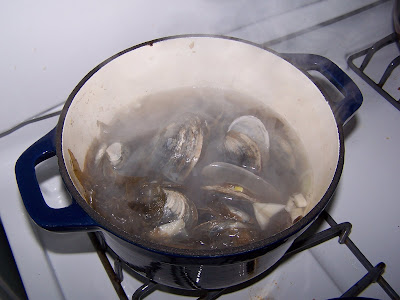 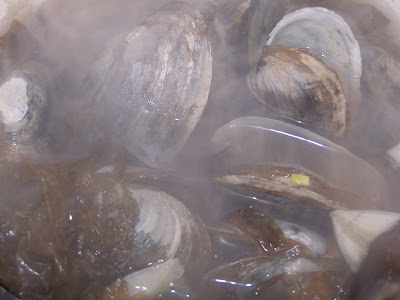 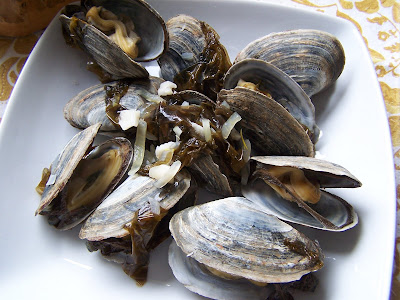 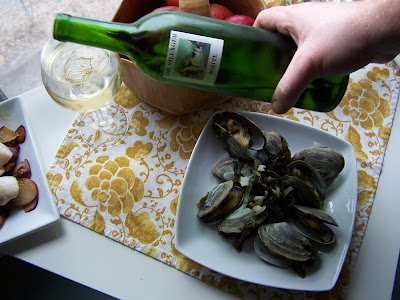 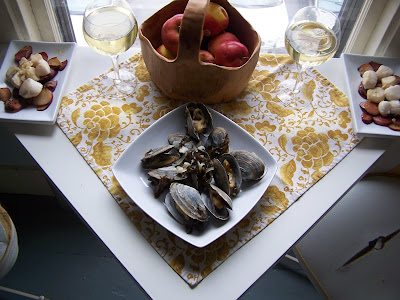 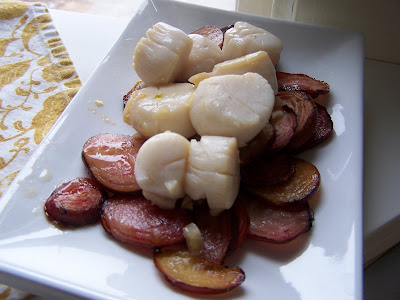 So today started off with a surprise call from work at 6am, just when i was about to hop on my bicycle my daily commute... Power Out ! Whoot woo... looks like those winds were a bit much for alot of the powerlines in the state of Maine and it also looks like I can hit the pillow for a bit longer and wake up to a fresh day of cooking and organizing for a soon to be productive weekend !  We started of with a small easy breakfast that was highlighted by some sample tempeh we got from Lalibela Farm.  They have been making a traditional soy bean based tempeh since the late fall if I recall correctly and Ive used it for many recipes throughout the last couple months of the project.  Anyhow she is experimenting with other bean types and we were lucky enough to have it on our breakfast plate.  I will say they both made a tempeh that had a texture and look similar to the soy based type they sell at the market.  However there were some slight nuances I noticed between the flavors... I personally thought the garbanzo was the best, it seemed creamier than the others, for me creamy is always good, where the Navy bean had a bit of acidity to the flavor, almost a citrus tang to it, that was even stronger than the soy type.  I think all three have there place on the shelf in my fridge.  The "alternative" bean tempehs also fill a niche where alot of people who typically avoid soy based products may find it appealing.  Keep up the good work guys... Check out their farm @ Lalibela Farm and pick up some their tempeh @ various grocers and the winter & summer farmers market.
After breakfast was complete we spent a few minutes straightening up the kitchen/ art studio and decided with the sun making an apperance and temps pushing 50˚, that it was time for a walk.  We headed over to Aurora's to purchase a pint of smiling hill farm cream for ice cream later and then proceeded down through the west end and along the trail that leads through the sculpture park, under the casco bay bridge and straight into Free Range Fish.  We picked up a handful of sea scallops and a nice pile of steamer clams that were harvested the day before.  From there we passed up to Longfellow books to check out a couple new releases that looked notable... we purchased a few new titles "A Little Piece of Earth" by Maria Finn & "Real Food" by Nina Planck... both looked interesting and we have developed quite the addiction to reading whenever the chance arises. After the book store we made a quick detour over to Downeast and grabbed a nice bottle of Villager White... produced by Oyster River Wine Growers to accompany our lunch /dinner.  Speaking of lunch/dinner it was fabulous.  A very simple meal with a few chiogga beets sliced thin and roasted in a dab of sunflower oil for about 20 min @ 475˚.  I then boiled 2 cup of water with a 3 crushed garlic cloves, 1 small stuttgarter onion, and a handful of laver seaweed... after this mixture steam off to about half I added a shot of Villager wine and a bag full of steamers, covered and steam for 10 minutes or so... unitl they opened up.  the scallops were just seared in some garlic butter and served over the roasted beets.