After a long 16 hour boil on Saturday during the peak of sap season a few weeks ago, I told myself I would take the day off from boiling and use Sunday to get some indoor "winter" projects finished. But the heavy buckets drip dropping in the midday sun gave me the motivation to get a boil going and make sure no sap went to waste.  Part of that motivation also came from the idea that todays boil would be destined for a maple wine. Maple wine requires a slightly less concentrated solution than syrup does which shortens the time spent stoking the fire. 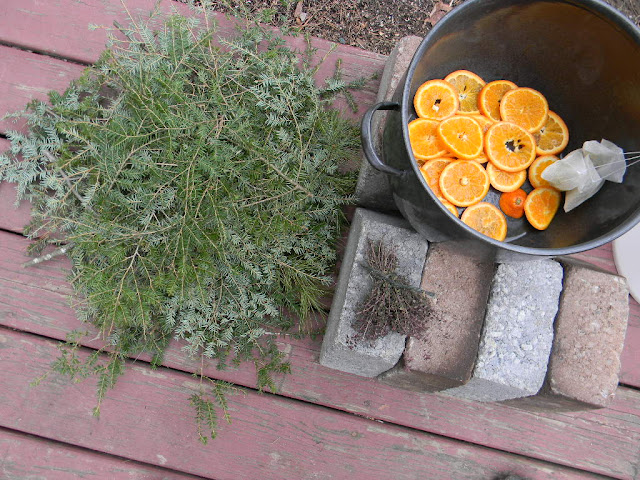 Not really having planned this out, I searched the kitchen for some flavor additions to add some complexity and creativity to the project.

I took a little walk through the woods and snipped some fresh spruce, pine and cedar boughs, then found a couple organic tangelos in the fruit dish, a couple bags of rishi ginger tumeric tea, a few dashes of Coastal Root bitters and some overwintered lemon thyme from the garden. 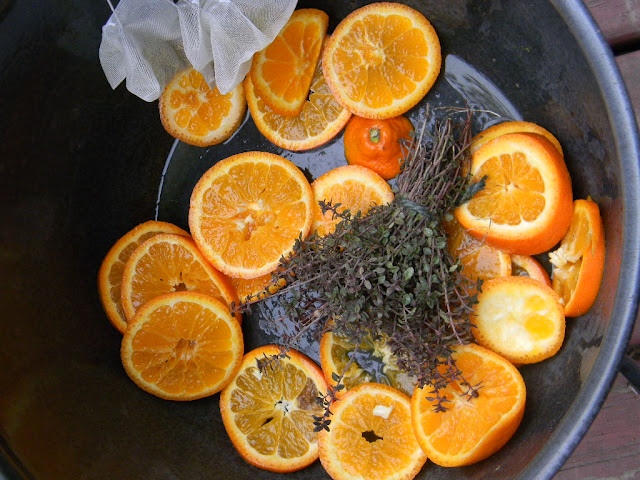 I did a little online research and the common theme in the diverse recipes I found called for a boil of 12:1 of sap. Meaning to boil 12 gallons to make a final one gallon batch. I had about 25 gallons and boiled it down originally to just under 3 gallons in the same we we boil sap for syrup. 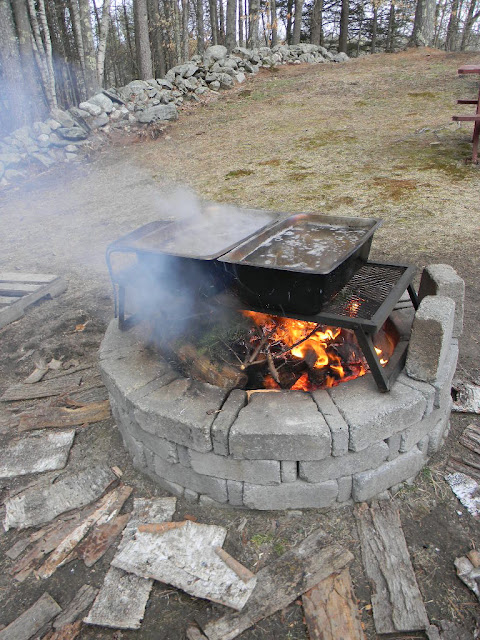 I did use liberal amount of boughs in the boil and even tented the trays with some tinfoil to add a more pronounced smokiness to the sap by trapping it with the foil. 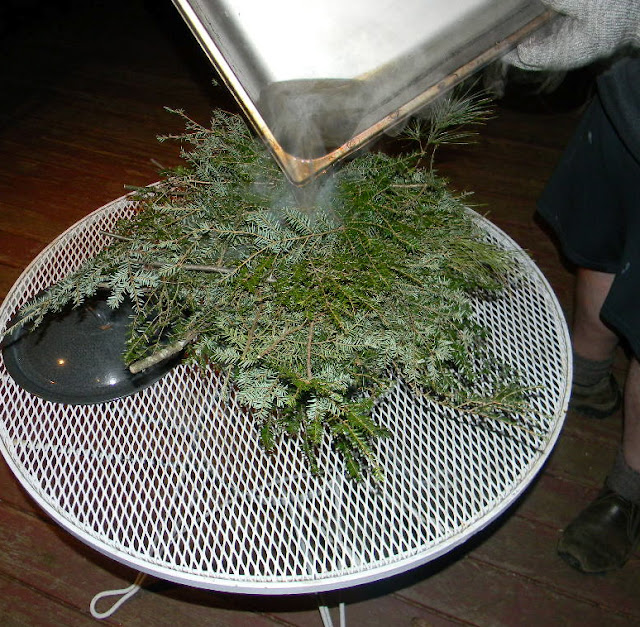 I used the freshly snipped boughs to slowly strain the final couple gallons of sap destined to be maple wine and let it steep for 24 hours. 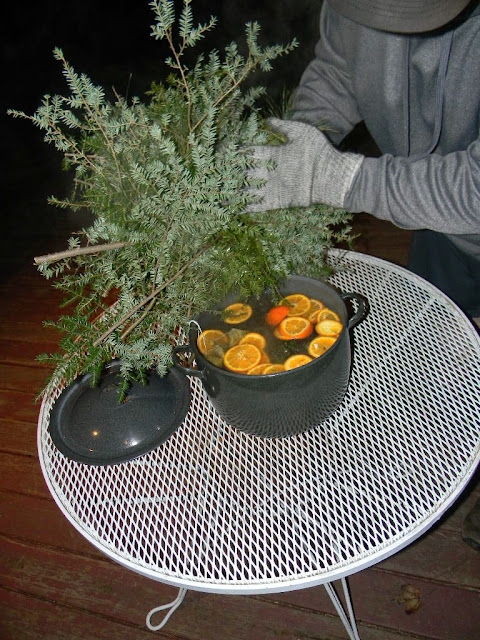 I then proceeded to give the batch a lazy strain with a colander and took some quick hydrometer readings to measure just how much sugar was present in the liquid. It ended up being slightly under the recommended target for a dry wine which is 1.080 - 1.090 so I boiled it down from just under 3 gallons closer to 2 as well as adding a cup or two of maple syrup from yesterdays batch to bring the sugar content up. Essentially the amount of sugars you have present in the liquid results in the amount of alcohol that you produce when the yeast does what it is supposed to do. Im not going to get much more technical than that because number one Im no expert and number two Im quite sure most people don't really care. That being said I will briefly describe the process... 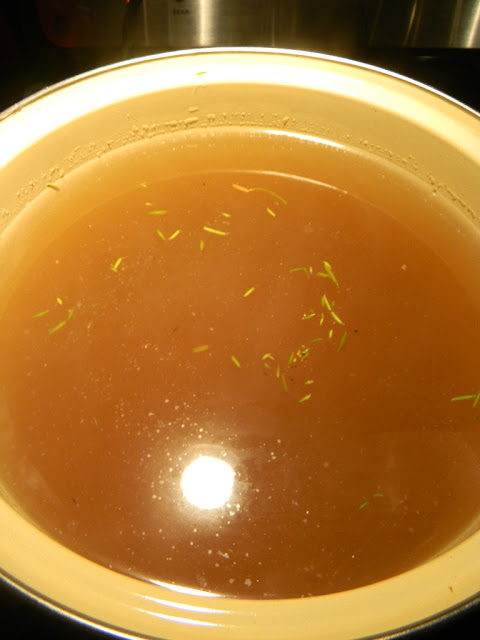 The final liquid is brought down to room temperature, I sped up the process by simply placing the boiling pot in a tub of ice and trickled fresh cold water into the bath as I watched the temperature come down to the mid 80˙s. 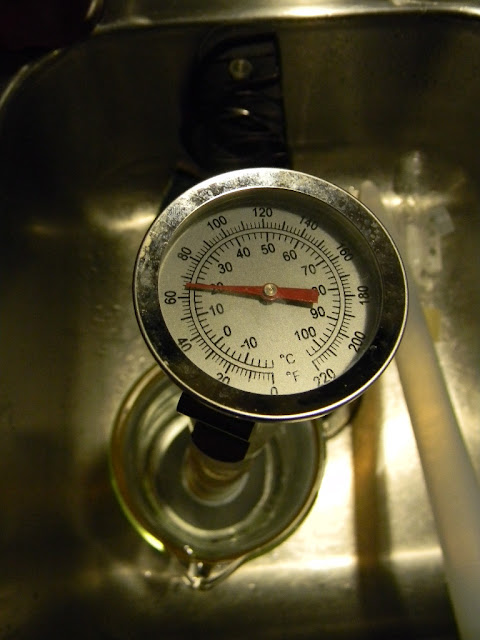 I pulled a final sample and chilled that down to 60˙ to achieve an accurate hydrometer reading. 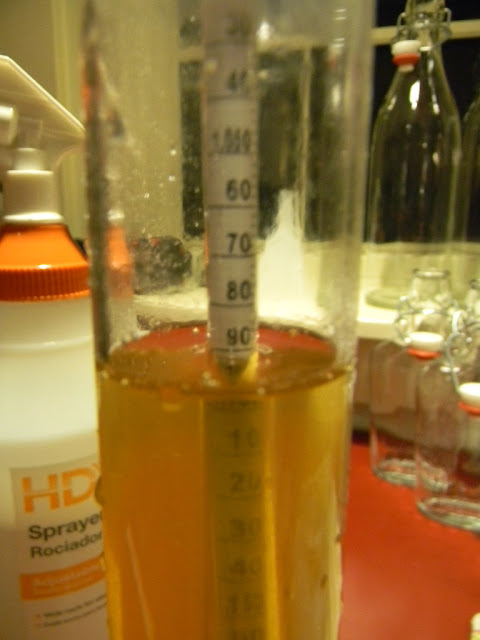 The starting gravity of this batch of maple wine ended up being 1.092 which is right where I wanted to be for this first batch. 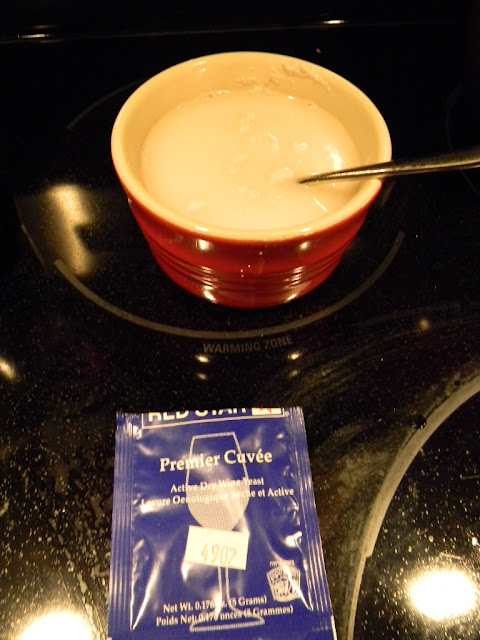 When I had my gravity dialed in and the batch was ready to start fermenting I stirred up a small starter of just over 3 grams of Premier Cuvee yeast and got it foaming using the warming spot on our stove. 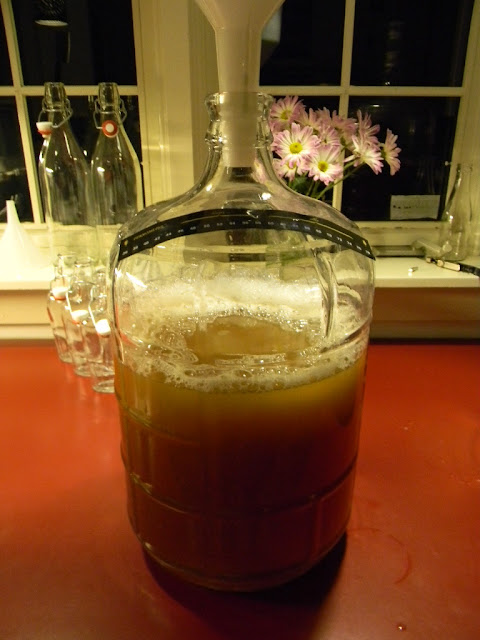 Into the carboy the yeast went... bubbling and burping just hours later.
Its been a steady fermentation for the last week or so and Im curious to give it a sample and see how its progressing. Will update on the progress as I learn and discover !